Come experience one of Toronto’s largest outdoor yoga events at Yonge Dundas Square, in the heart of Toronto, on Saturday, August 17, 2013 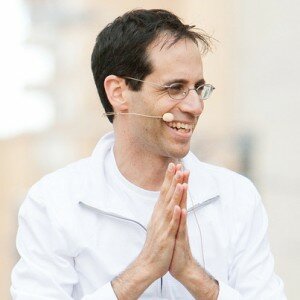 Antoine Tinawi has been specializing in holistic health and in personal development techniques for nearly 20 years. Antoine teaches Art of Living workshops to individuals and for different organizations,institutions and companies.

His teachings are based on the ancient traditions of yoga and meditation that he has received under the guidance of his spiritual teacher Sri Sri Ravi Shankar.

Between 2008 and 2012, Antoine was the director of the Montreal Art of Living Center as well as the Canadian coordinator of Sri Sri Yoga.Since 2012, Antoine is the owners of Om West Holistic Centre, one ofMontreal’s largest and most thriving yoga studios. Antoine is certified by Yoga Alliance with the E-RYT500 designation, the highest recognition for yoga teachers.

Through his yoga courses, students not only discover the benefits of yoga postures but also the finer aspects of this discipline such as breathing techniques, meditation, and the connected wisdom from the ancient Vedic scriptures. 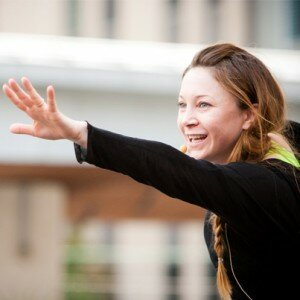 Kathryn’s passion for yoga began 9 years ago. She was looking for something more fulfilling than the day-to-day gym routine and was open to new experiences. It only took one class for Kathryn to know that yoga and her were meant to be. Kathryn recognized early in her practices that we need to take care of our bodies from the inside out and yoga was the love our soul’s need. Kathryn believes that yoga guides us to create ourselves and grow. What she was learning in her practice about herself, she was able to carry into her everyday life.

Kathryn has now been teaching yoga for 7 years, not only is she passionate, but she is one of the most diverse and experienced teachers in the greater Toronto area also teaching cycling and group fitness classes. Kathryn has always been a determined individual; her passion for hockey had her playing for team Ontario where after she was granted a full- scholarship to Quinnipiac University. At Quinnipiac she became Captain of her team and obtained her MBA. From there she decided to share her knowledge and experience in the field and coach hockey.